Pippa was born on May 9. 2012 here at Tyburn Woods in Gibsonia, Pennsylvania. .  Pippa's dam is Hurricane Ridge's Tyburn Woods Ms. G (Genny) and her sire is Starborn Black Tie Affair  (Posh.)   Pippa was the last puppy born out of Genny's first litter.  Pippa lives in Slippery Rock with John and Linda Bowen.   She is co-owned by Linda and me.

Pippa began her show career in November of 2012 at Nationals in Virginia Beach at 6 months of age to the day.  She is quite a handful in the ring but by Sunday she held it together long enough and expertly handeld by Helen Conticchio to win the Generations Class along with her dam , Genny and her granddam Ally.  Three more beautiful girls there could never be!   I showed Pippa again in May of 2013 in Chicago and she is just one point shy of her junior championship.  Pippa received her Junior Championship the next time she was in the ring in Durham of 2014.  She received her Championship at Nationals in 2014.

Pippa is a healthy little dog in a small package.  Although she was the second biggest puppy at birth in her litter she is by far the smallest at full maturity.  She has completed all of her health testing for certification and everything was perfect.  Pippa does not carry for curly or satin.  Pippa is 9 1/2 inches and almost 9 pounds.  She is a deep black color and her color testing reveals she is BB KBky atat EE. 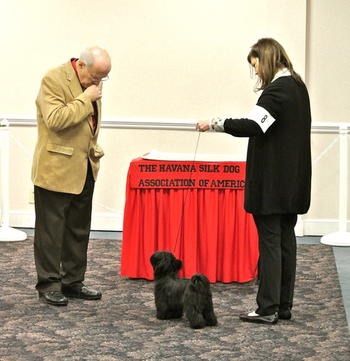 At Nationals in 2012 Pippa's first time in the ring 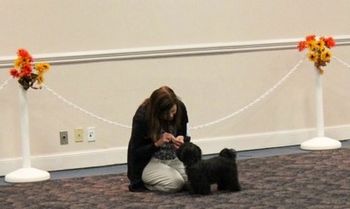 At Nationals in 2012, Pippa getting the hang of it! 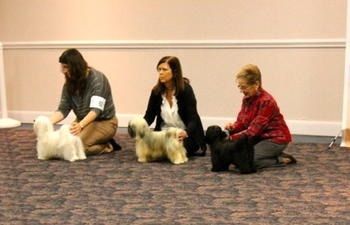 At Nationals in 2014, Ally, Genny and Pippa showing in the Generations Class 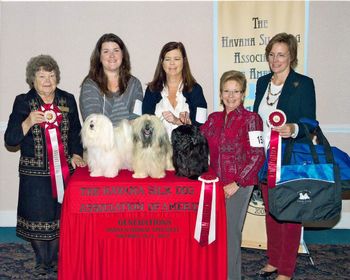 At Nationals in 2012 at barely 6 months of age Pippa wins the Generations Class behind her dam, Genny, and her granddam, Ally 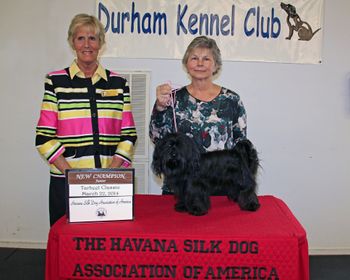 in Durham in 2014 Pippa wins her Junior Championship 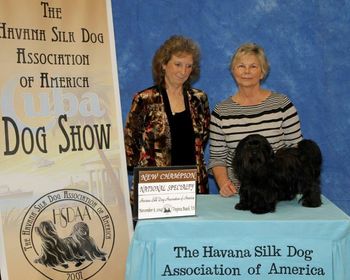 At Nationals in 2014, Pippa wins her Championship 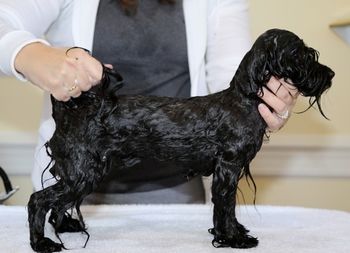 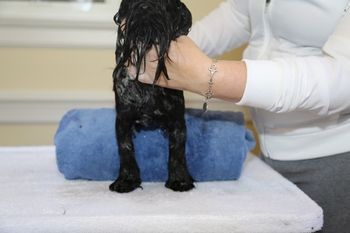 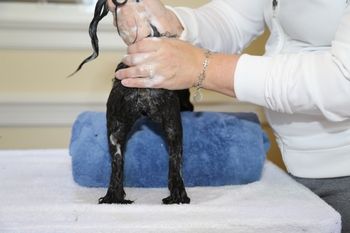 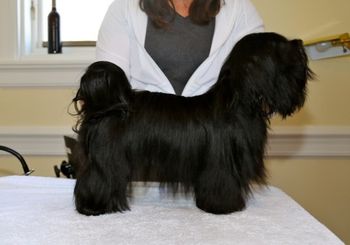 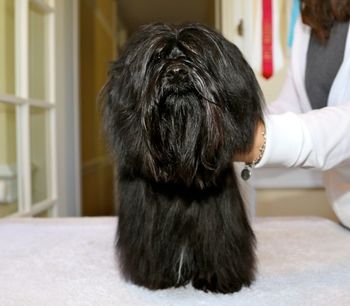 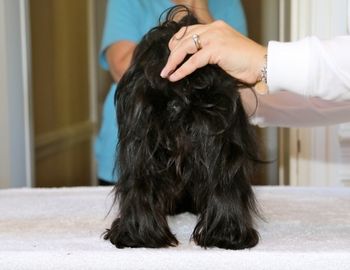