My neice Liz  Heinauer graduated from college in Arizona in 2010 and she desperately wanted to get a dog before she started law school in the fall of 2010.  Liz had been going to HSDAA dog shows with me since I began showing Sid and she was interested in getting a show dog that she could show.  I agreed that we could co own a dog that would evenually live with her as her graduation present.  Liz wanted a male dog as she envied the relationship between Sid and me.

Aidan was born April 11, 2010 in Henrico, North Carolina and comes from Starborn Havana Silk Dogs.  Aidan's sire is HSDAA Ch. Starborn Black Tie  Affair (Posh) and his dam is HSDAA Ch. Starborn Rosa Blanca (Blanchi.)  Aidan's breeders are Tom and Pam King and they own both Posh and Blanchi.   We were really excited by this breeding as both Posh and Blanchi were two of our favorite Silks and Tom and Pam King hava an excellent breeding program.  Aidan joined our family in June of 2010.   Liz lived with us the summer of 2010 before starting law school in the fall and moving to her own apartment.  Sid loved having the companionship with Aidan although poor Aidan never got to be the alpha dog he wanted to be!

Aidan began his show career at Nationals in 2010 and won his class with a 5 point major the very first day and found himself in the winners ring!  He finished quickly with 2 more 5 point majors.  Since Liz has been busy at law school Aidan has not shown much since then.  I would like to show him myself as he and Liz are more like a couple than owner and dog!

Aidan is sweet and very loving.  He has completed all of his health testing with good hips and all normal health testing.  He is 9 and 3/4 nches and 12  1/2 pounds. Aidan does not carry for curly or satin.  His color testing reveals he is BB KbKy Ee At. 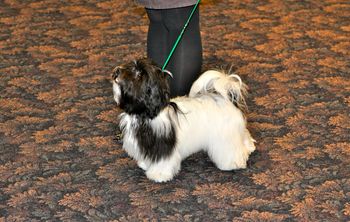 Aidan's first time in the show ring in the puppy class at Nationals in 2010. Aidan wins his class and is in the winners ring. 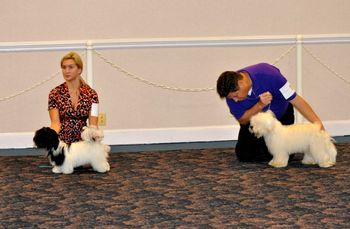 Day two Nationals. Aidan got a 5 point major both days 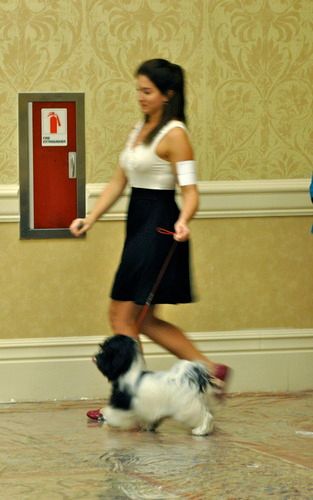 Aidan finished his championship in Florida a couple of months later 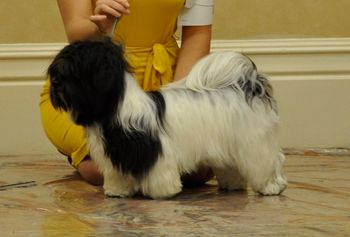 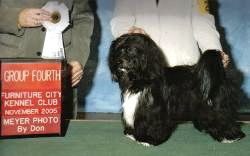 This is Aidan's sire, Starborn Black Tie Affair (Posh.) Posh lives with Tom and Pam King in Henrico, North Carolina and he will be 9 years old in August 2013. 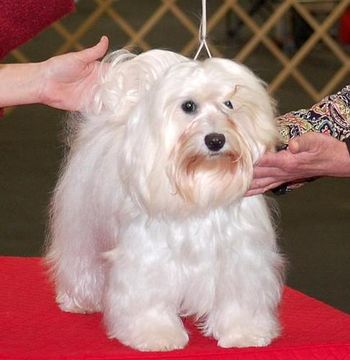 This is Aidan's dam, Starborn's Rosa Blanca (Blanchi.) Blanchi lives with Tom and Pam King in Henrico, North Carolina and she is 5 years old. 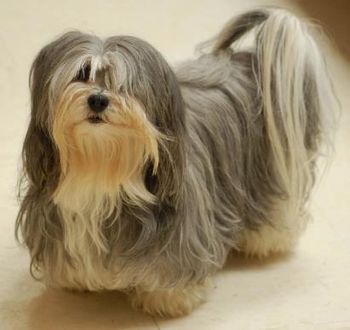 This is Aidan's paternal granddam, S.S. Twinkle Little Star (Twinkle.) Twinkle turned 16 in January of this year. She lives with Tom and Pam King in Henrico, North Carolina. I saw her in March while I was there breeding Genny to Posh and she looked great. She was Best of Opposite at the Durham show last year at 14 years of age! 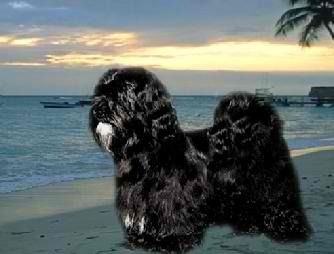 This is Aidan's paternal grandsire, Salemi Charly (Charly.) Charly passed away in 2012 at 15 years old. 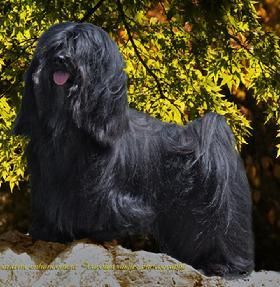 This is Aidan's maternal grandsire, Bydand In the Mood at Concordia (Curtis.) Curtis is also Genny's dad and lives with our good friends Helen and Frank Conticchio in Winterville, North Carolina. 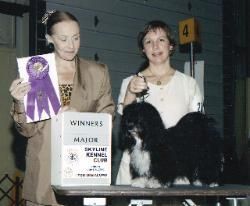 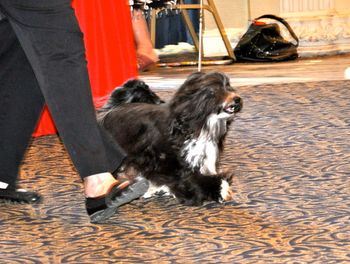 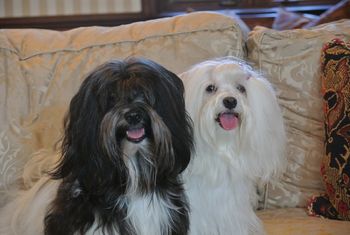 Aidan is pictured here with Ally, Genny's mom. Ally and Aidan were the proud parents of 5 puppies born on January 22, 2013. 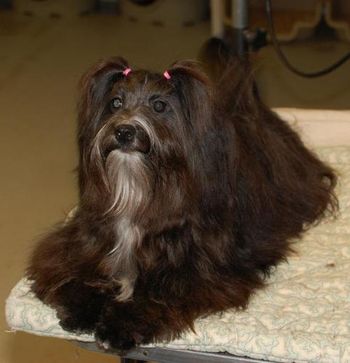 This is Nike, Aidan's full sister but from a different litter. Nike lives with Tom and Pam King in Henrico, North Carolina. 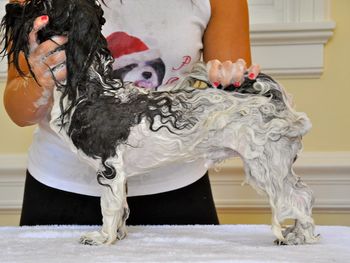 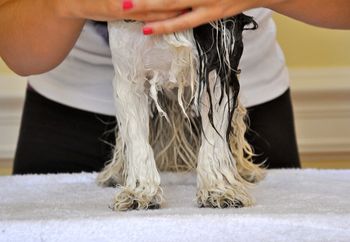 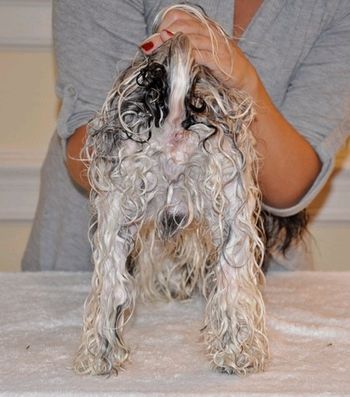